You don’t have to be a firearms expert to know Sa vz. 61 nicknamed „Škorpion“. Its design is extremely iconic and so are the main features of this subcompact submachinegun. But there is much more to the story than you may think!

Vz. 61 was designed in the late 1950s by one Miloslav Rybář and the lesser-known fact is that it was actually a subject of his dissertation.

Weighing only 1,3kg with an overall length of 270mm it was pretty much one of the first PDWs ever created. Škorpion served the Czechoslovak police and military for decades even though some were criticizing a few of its shortcomings. One of the most significant drawbacks was the caliber itself. Since it was requested by the Ministry of Interior and not the Army, Vz. 61 was chambered in the service cartridge of the Czechoslovak police – 7,65mm Browning (aka .32 ACP) used in Vz. 50 pistols.

Miloslav Rybář, therefore, created three more versions of Vz. 61 before his premature death in 1970. Vz. 64 was chambered in 9mm Browning, Vz. 65 in 9mm Makarov, and finally the pinnacle of the series – Vz. 68 (sometimes known as ZB 68) using 9mm Luger. Unfortunately, none of these models ever made it past a prototype phase.

After the Velvet revolution of 1989, CZ, just like the rest of the country, became independent of the state and was allowed to focus on projects that would not have been possible before. One of such projects was a reincarnation of ZB 68 now known as Skorpion 9×19 informally called the „Skorpion Evo 2“. 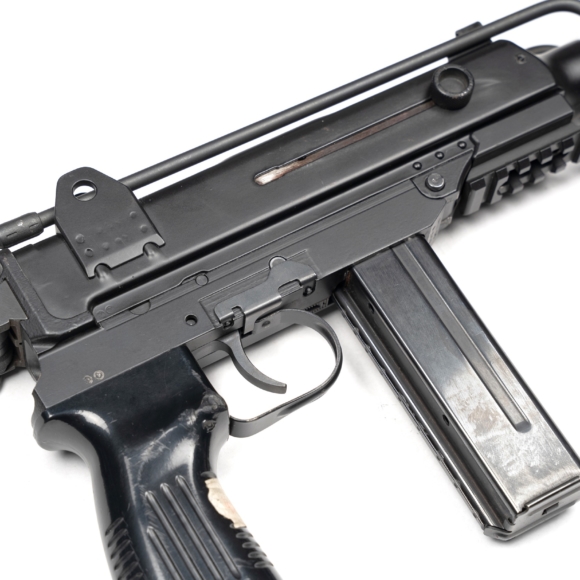 This submachinegun was supposed to replace its smaller brother in service of armed forces providing them with more effective firepower.

From a technical perspective, Skorpion 9×19 is the most advanced of the series. Let’s have a look at it more closely.

The first and major difference is the size. Skorpion 9×19 is significantly bigger and heavier than its predecessor. The magazine shape has changed from curved to straight form and it held 20 or 30 rounds compared to 10 or 20 rounds in case of Vz. 61. Thanks to a patented solution of the magazine follower it worked very well without the ordinary angled contour just like on Evo 3 or an MP5.
As a Picatinny rail was a thing in the late 1990s, Evo 2 had one under the barrel. Mounting your favorite grip, flashlight, or laser was no longer an issue.
The muzzle end was threaded allowing the use of a suppressor or a muzzle brake. 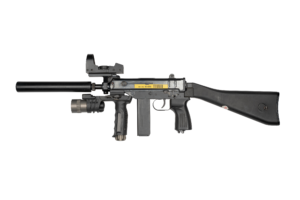 The charging knobs being very flat on Vz. 61 were now more pronounced making it easier to rack the bolt. They lost some of their anti-snag nature, however.

Apart from a wire stock, that made sense on a compact submachine gun, you could also attach a wooden stock reminiscent of the one used on Vz. 58 rifles. 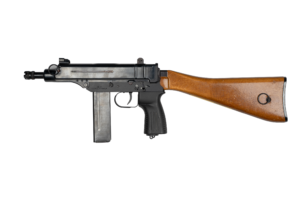 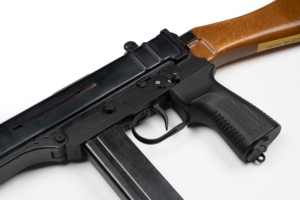 The sights had 3 positions now allowing you to shoot at 75, 150, and 250 meters. If you were not happy with those, there was a possibility to mount a red dot via a dedicated clamp-style system. 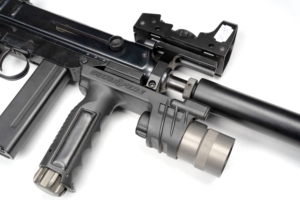 The most interesting change happened inside the gun though. The bolt contained a spring-loaded insert playing several parts. The primary function was to prevent the out of battery discharge when the bolt hit the edge of the chamber reducing the risk of it bouncing back and forth. On top of that, it ensured that the bolt was caught by the rate of fire reducer hook in the rearward position. As a bonus, it was also helping to further reduce the rate of fire (remember the mighty ZK-383 submachine gun) and soften the recoil. As for the mass of the bolt, it is exactly twice as heavy as the one of the Vz. 61

The controls were pretty much the same as the ones on Vz. 61 so it required no special training for the users of the smaller brother to switch to a 9×19 version.

Despite all the hard work done on the original Vz. 61 design Skorpion 9×19 aka Evo 2 was made in just a small batch of 85 guns. They pretty much closed the whole saga that was started in the late 1950s by a dissertation project of Miloslav Rybář. Quite a story huh? 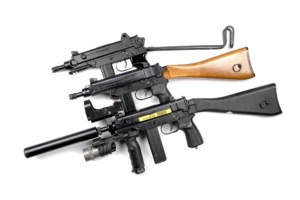