If somebody told you that CZ made a very decent AK-clone in the past I bet I know your answer. „Vz. 58 is not an AK-clone, it is a completely independent design!“ And you would be right. However…

Czechoslovakia had a pretty unique position among the Eastern Bloc countries in terms of firearms design. While a majority of the Soviet satellite states adopted Russian weapons with some improvements here and there, Czechoslovakia always designed its own, completely independent weaponry. Therefore the family of AK clones known as LADA, later also CZ 2000 may be a surprise for you.

In the 1980s majority of Warsaw pact countries switched from 7,62×39 to 5,45×39. This cartridge was an answer to the Western 5,56mm NATO and offered multiple benefits compared to its predecessor.

Czechoslovaks decided to sink their teeth into such transition as well. In the mid-1970’s they already had an experience with converting Vz. 58 to 5,56mm NATO for export and it seemed to be a simple step to rework the gun to 5,45mm. The idea was to introduce a whole set of weapons including a short-barreled version for crewmen and paratroopers (similar to an AKS-74U) a standard rifle and a light machinegun inspired by an RPK.

The attempt to base the whole family on an existing Vz. 58 rifle failed, however. The reason is not completely clear but there were only two other ways in the end. To either develop a brand new design, which is an expensive and time-consuming choice or reach out to Russians and discuss a licensed variant of an AK platform.

As we already know the Czechoslovaks decided to go the easier way, however, loyal to their ordinary approach they changed the AK platform so massively that pretty much no parts were interchangeable. At the very beginning, not even a magazine!

Let’s have a look at these rifles a little closer.

Looking at the magazine you most probably noticed this is actually not a 5,45mm weapon. Indeed, after the Velvet Revolution, Czechoslovakia got rid of Soviet influence, and the whole system was rechambered to 5,56mm NATO. The final iteration of CZ 2000 was called CZ 805 which is a name later used for the first-generation CZ BREN rifles. 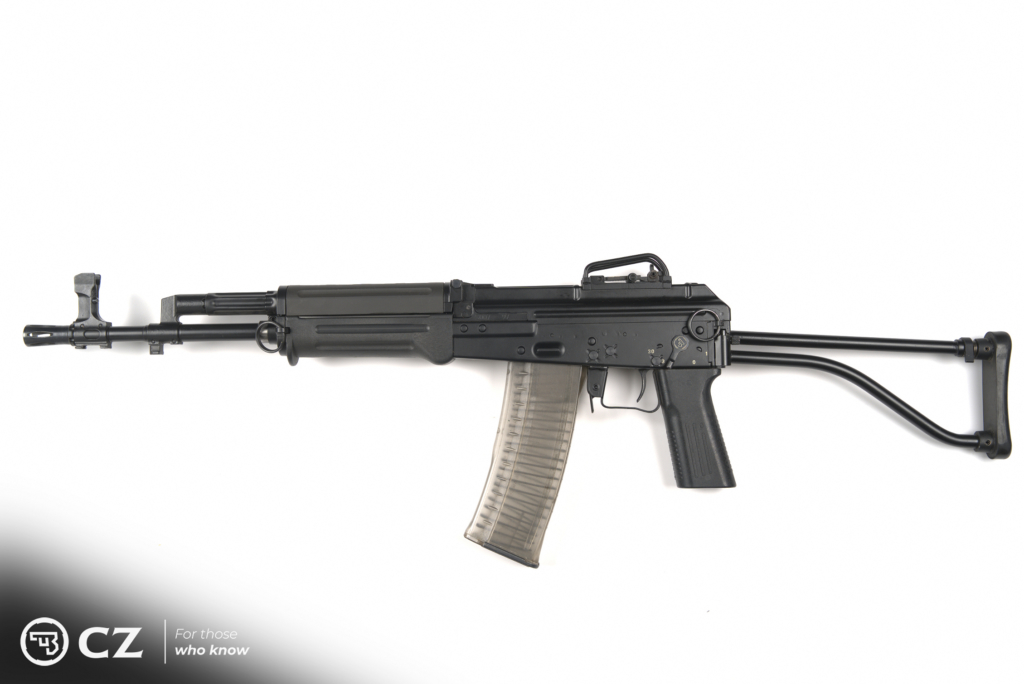 As you can tell from the pictures the typical fire mode selector which is integrated into the dust cover on AK clones is gone. Instead a more Vz. 58-ish selector is present, and similarly to its predecessor when you switch it forward you pick a short 3 round burst or a fully automatic regime and not single shots. So unlike AK where you need to deliberately choose burst, here, you need to deliberately put it on singles. 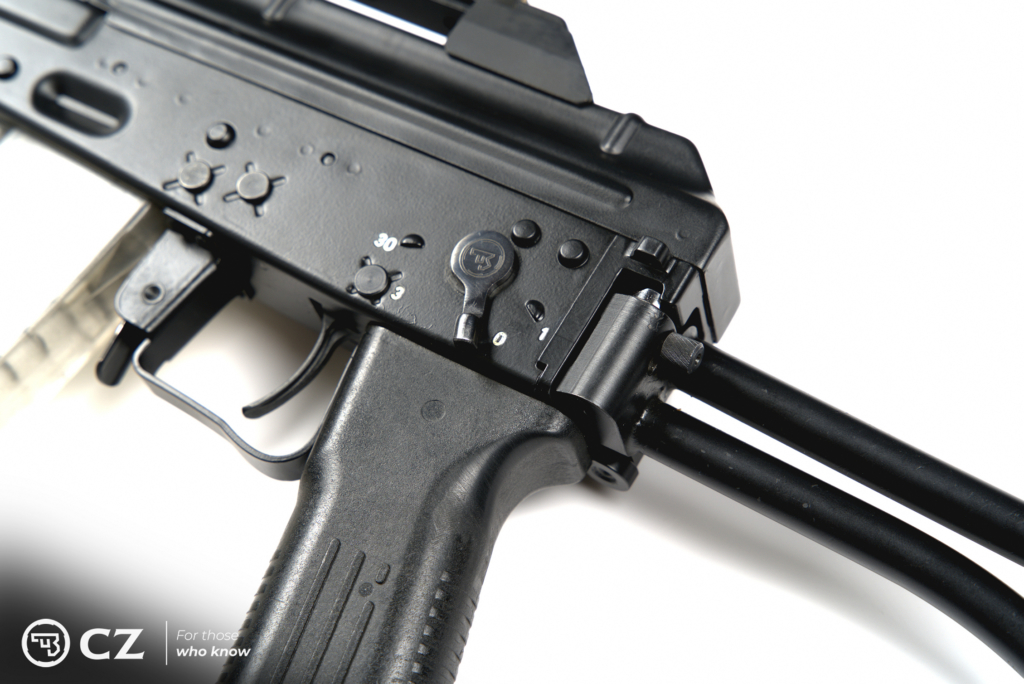 The grip is rather uncomfortable due to a large bulge on the bottom of the trigger guard but the trigger pull is quite decent. The stock hinges to the right side just like on the Vz. 58 and it is quite comfortable providing a way better cheek rest. It is also easier to deploy and seems to be quite sturdy. 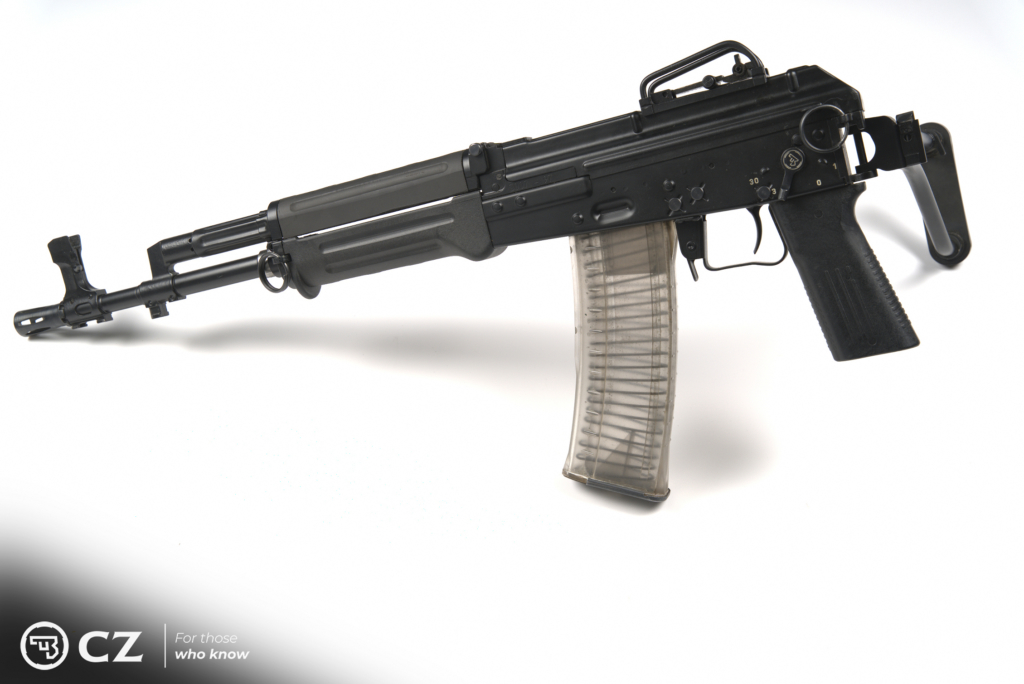 Moving up you probably noticed the rear sights. Gone is the typical AK-ish notch, the whole sight assembly was moved backward and is protected by a pair of massive arc-shaped protectors. It is an adjustable peep sight just like on Galil or RK-62. By flipping it over you can switch to tritium night sights. The front sight post is rather typical except for the spring-loaded tritium blade. 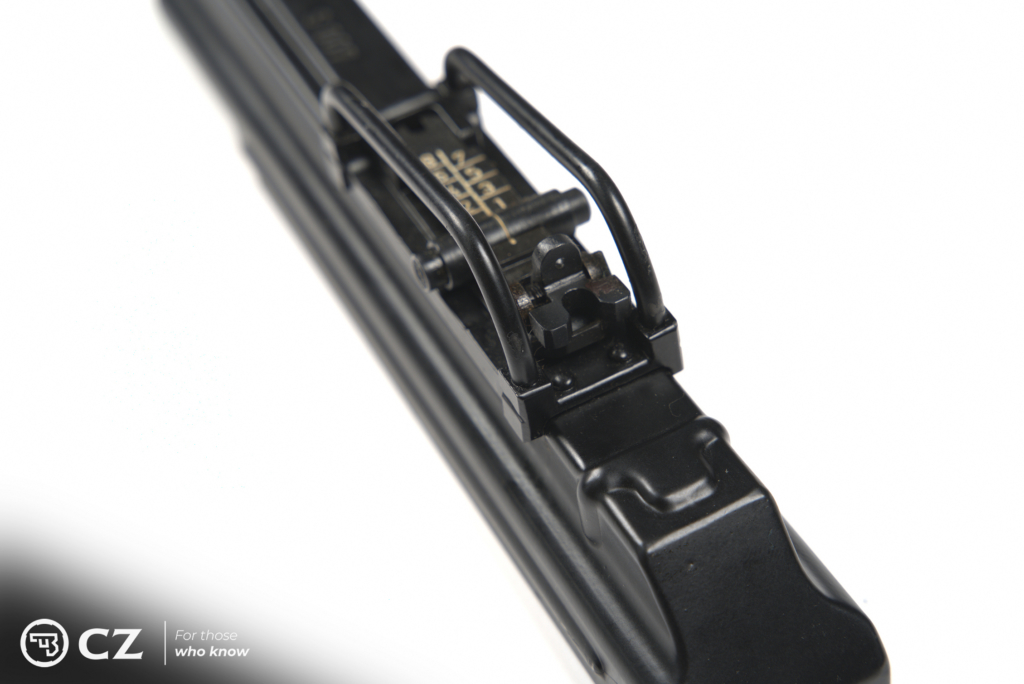 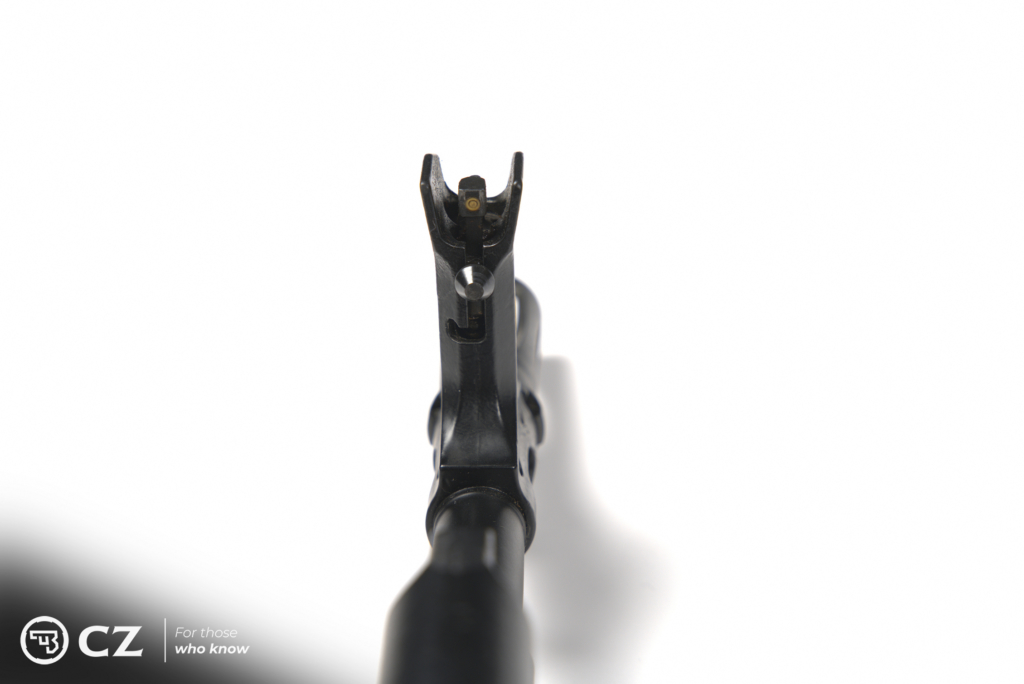 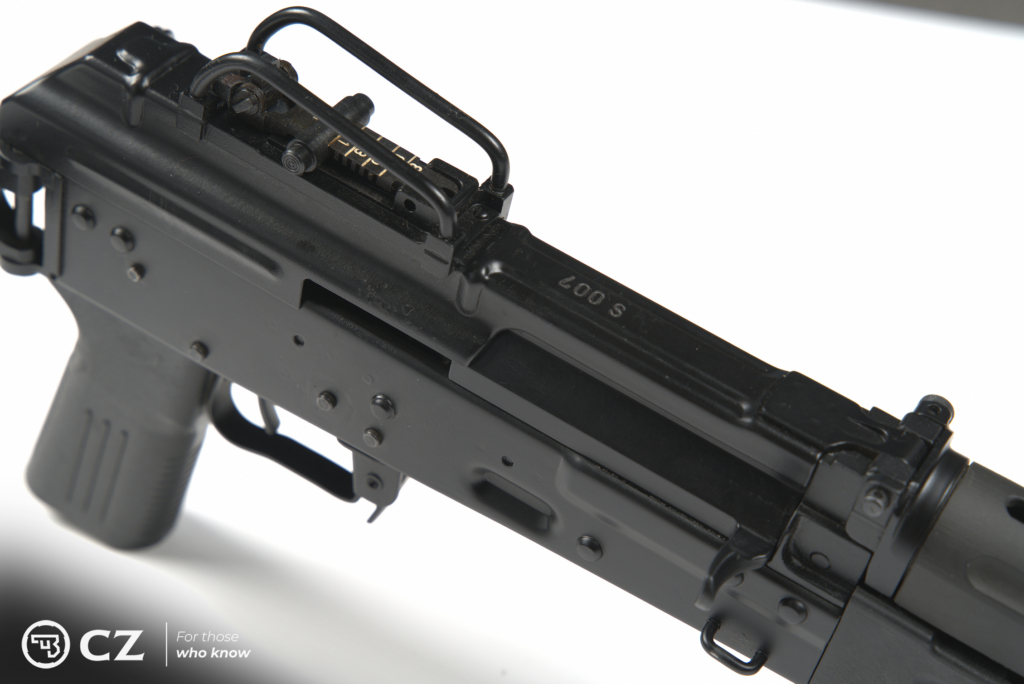 In general, the sight picture is a huge step forward compared to an ordinary AK notch.

As you may know, the problem you need to address when moving sights rearward on an AK platform is how to reduce a play between the receiver and the dust cover.  CZ has resolved this by reinforcing it internally to avoid any flexing and it now slides on the receiver from the rear. It is secured by a single captive pin that is also securing the upper handguard. Ingenious! 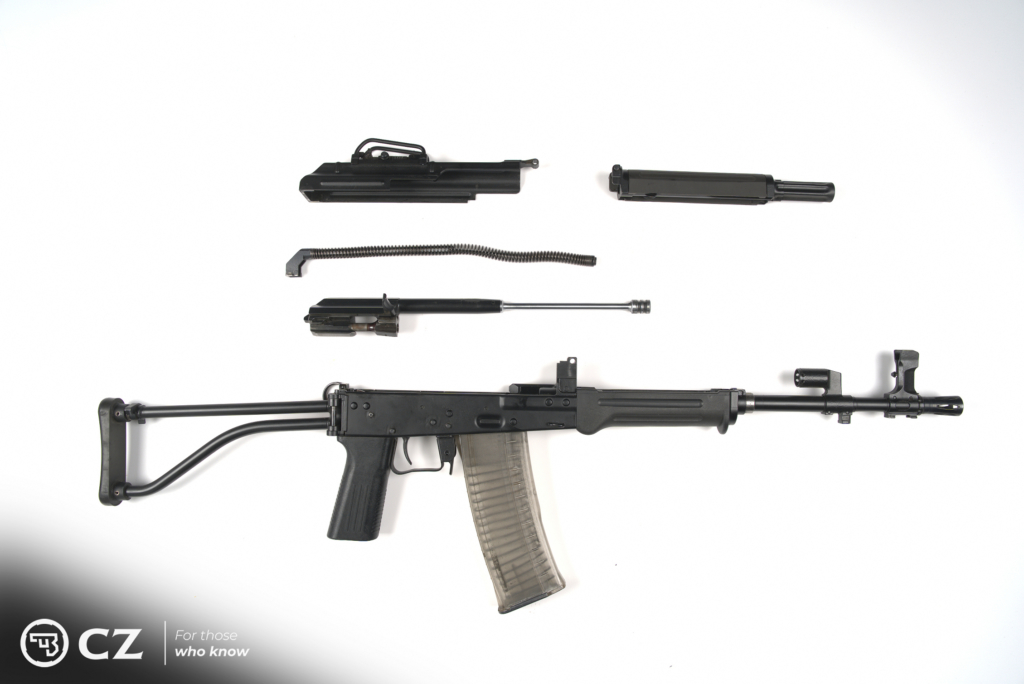 Looking inside the weapon you find no surprise there, an ordinary AK rifle with the exception of a three-round burst system which is a patented solution. The internal components are interchangeable for compact, standard, and LMG versions making them easier to fix and maintain in the field. 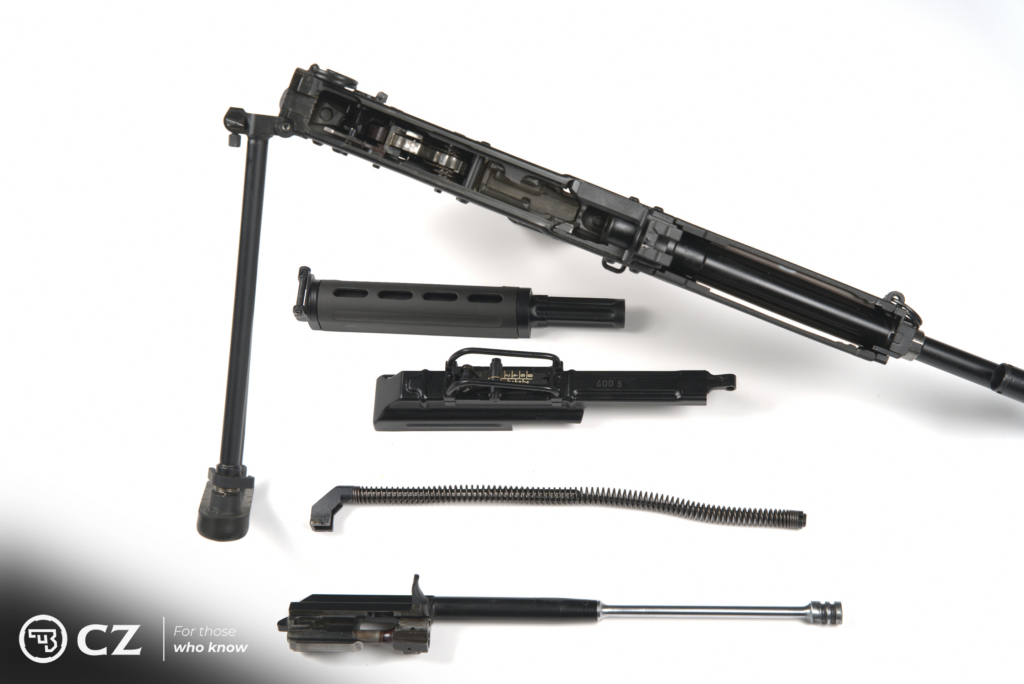 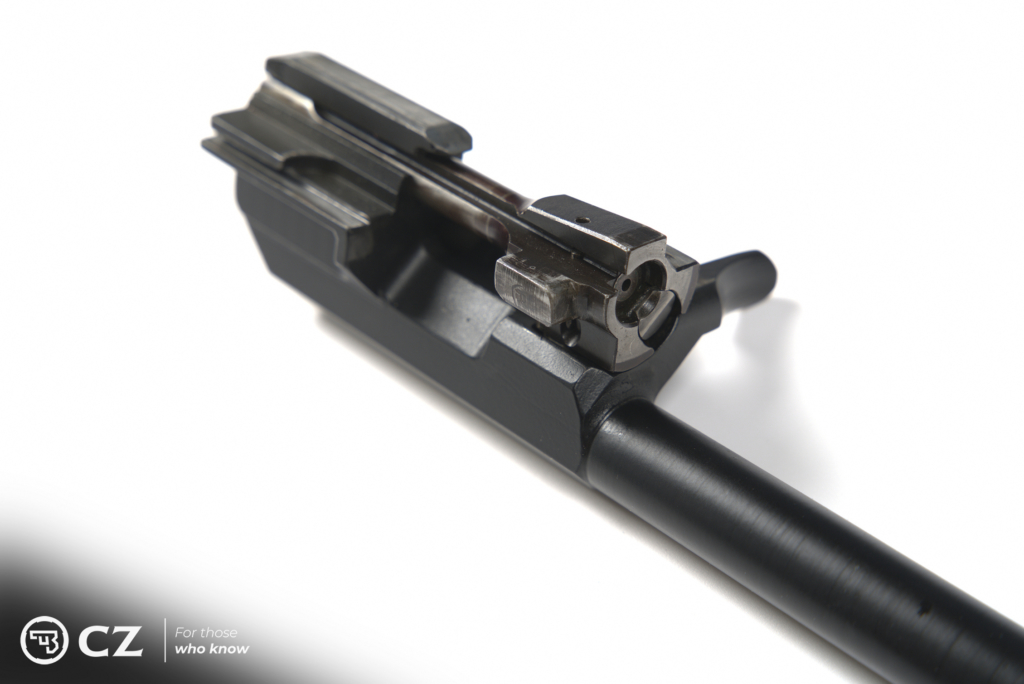 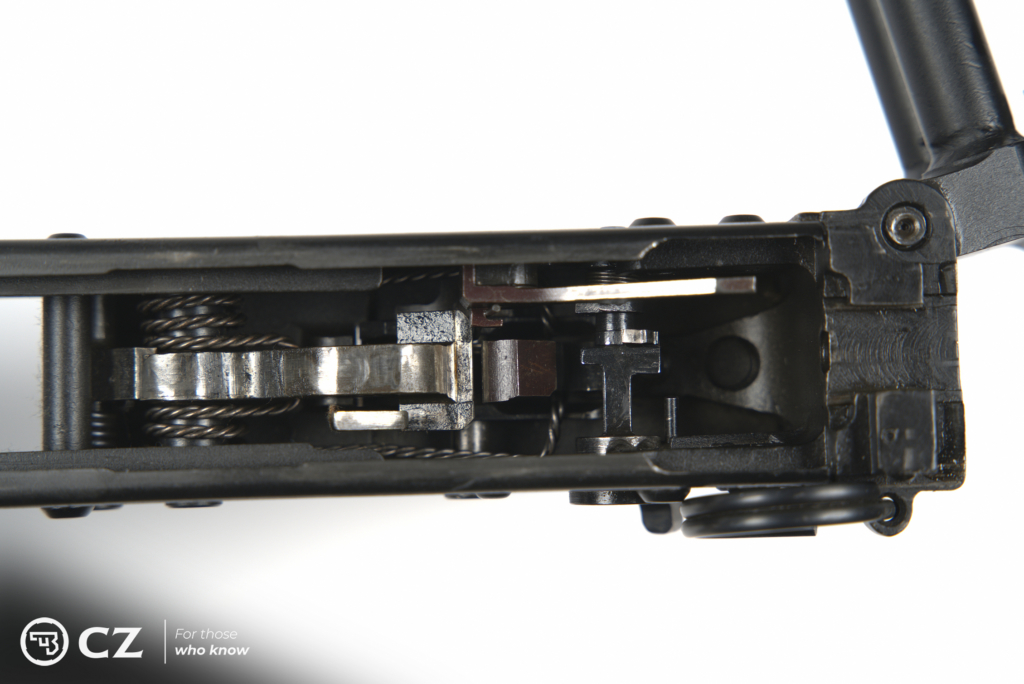 The short version aka „a Krink bro“ is pretty much the same except for the compact nature and extensive use of Picatinny rails to mount accessories. It also features handgun-like sights inside the top rail channel. They are rather an emergency solution not providing much space for accuracy but they work. 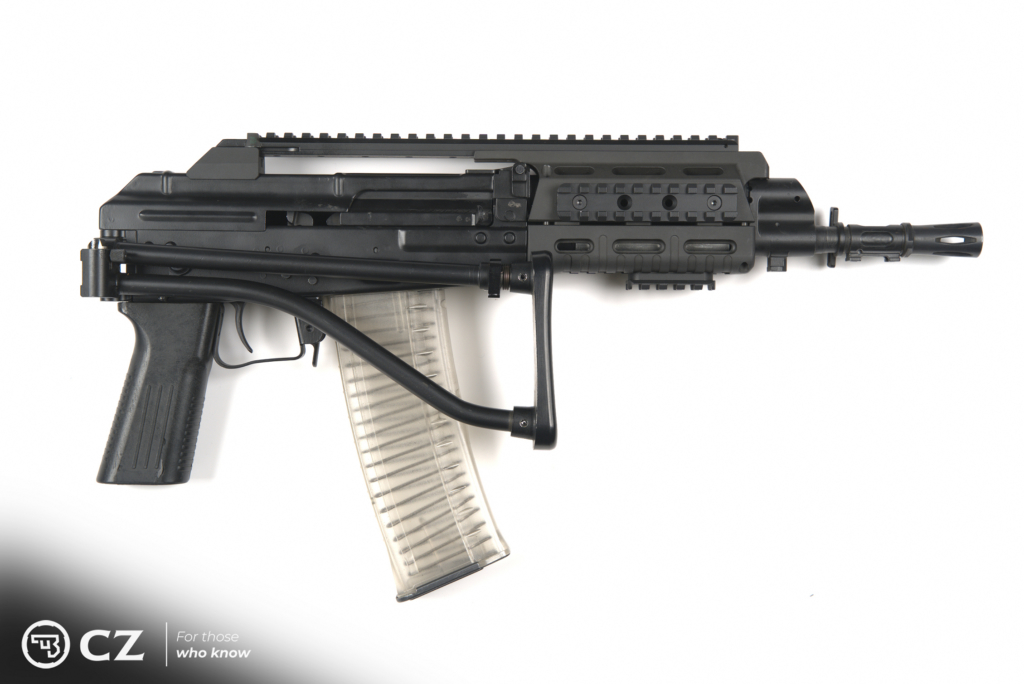 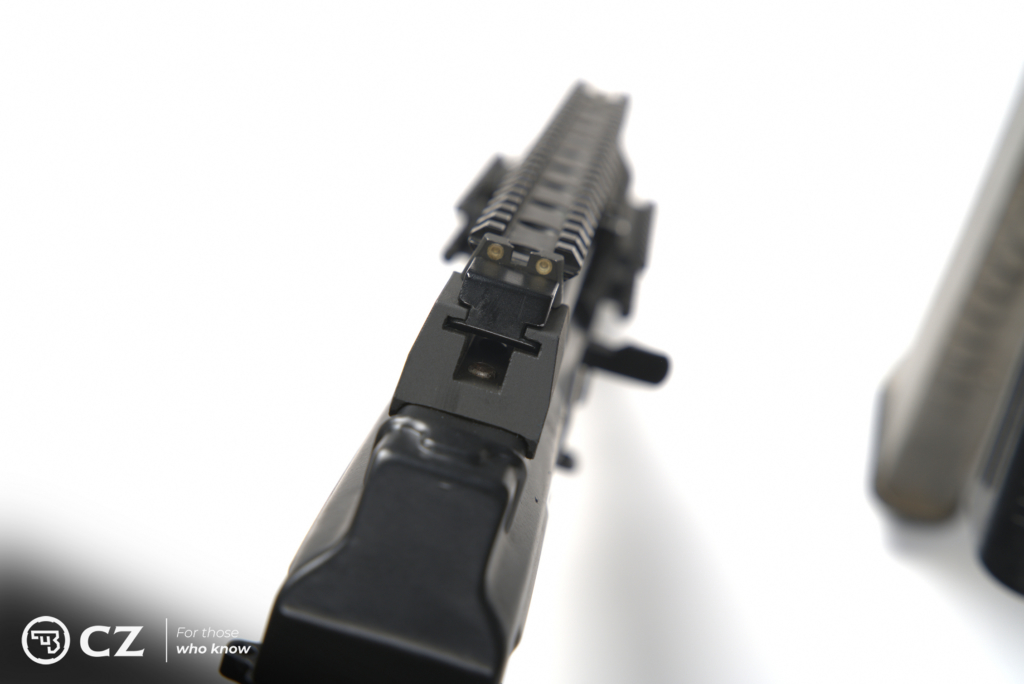 As already mentioned the whole project was pretty much buried by the collapse of the communist regime in Czechoslovakia in 1989. Even though it was transformed to 5,56 mm NATO in the early 1990s, neither Czechoslovak nor Czech or Slovak armies ever adopted CZ 2000. Instead, the Czech army replaced the good old Vz. 58 rifle by a more modern CZ BREN and later BREN 2 rifles. 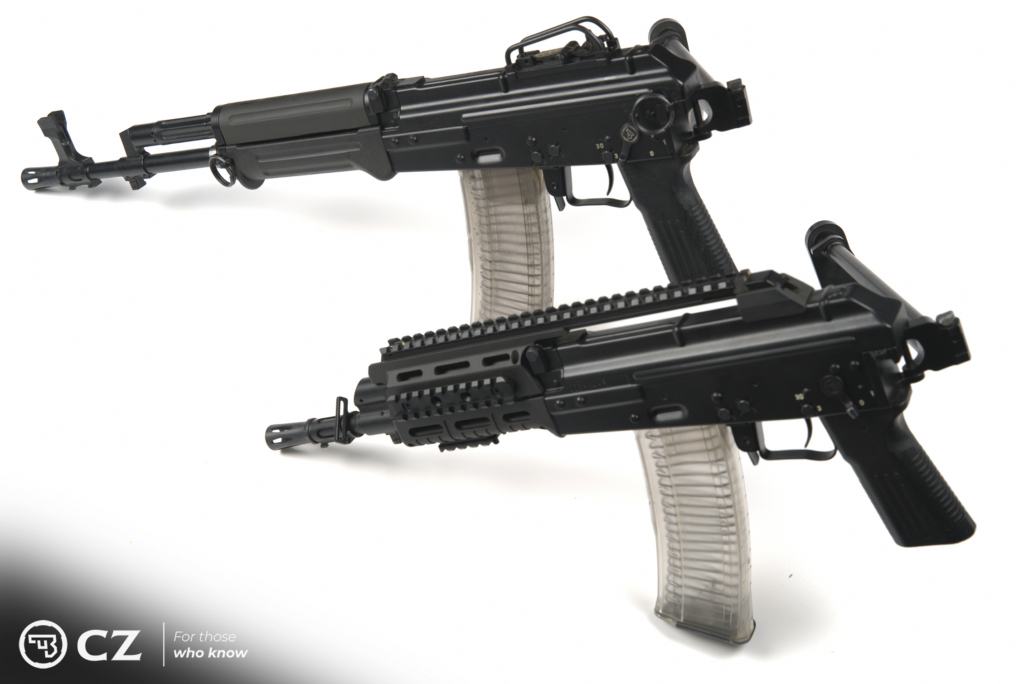 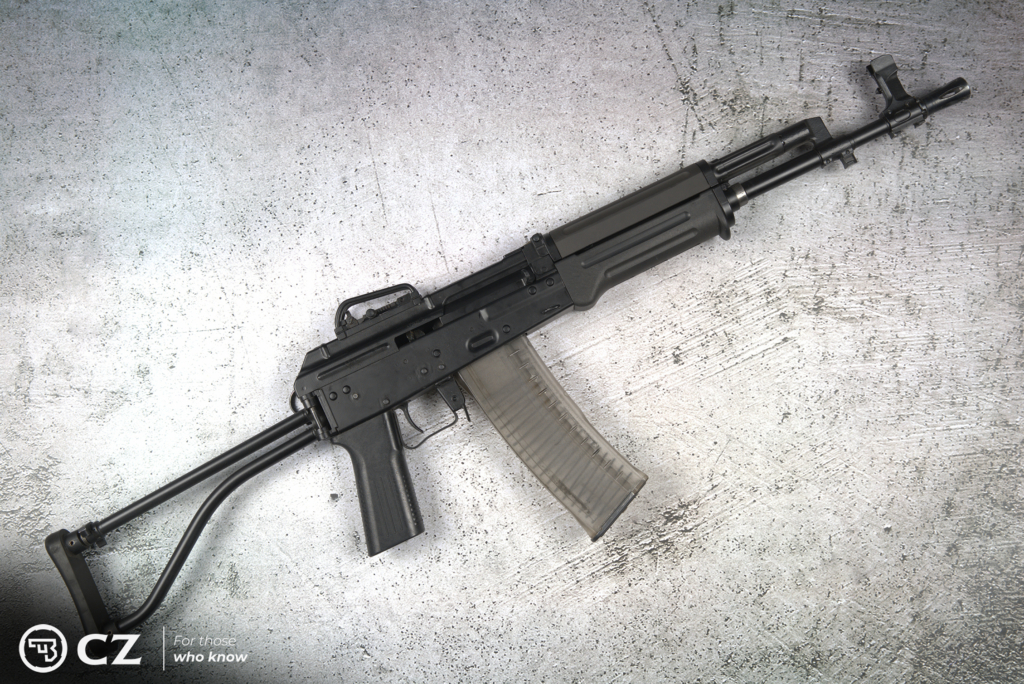 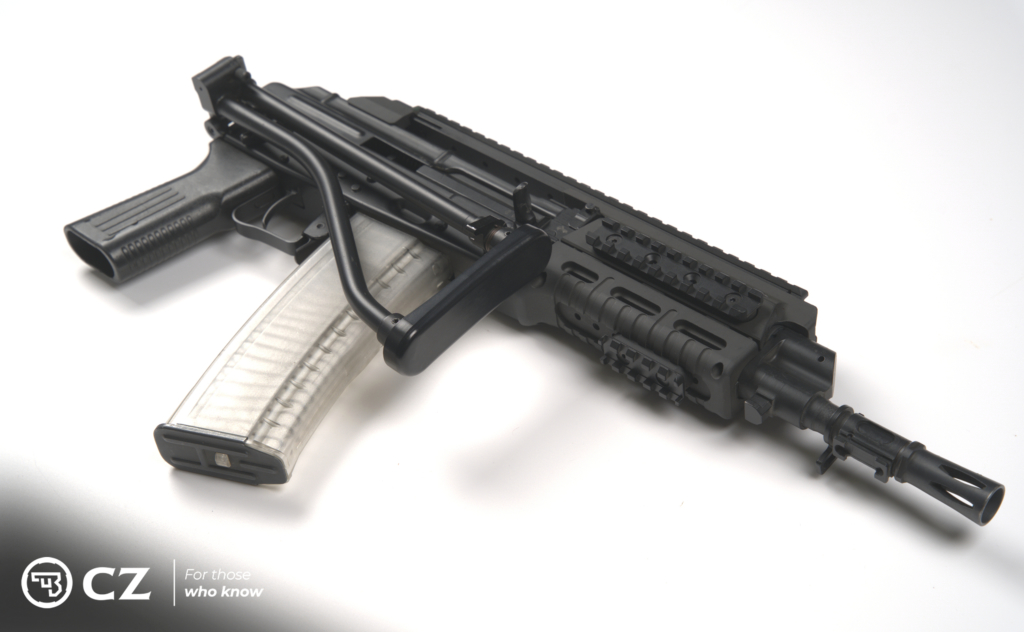