The first decade after World War II was the golden age of the Czechoslovak firearm’s design.  One of the most successful designs was the venerable CZ 50 pistol.

Back in the late 1940’s Czechoslovak police wanted to replace obsolete CZ 27 pistols in the holsters of their servicemen.

The initial request was to introduce a gun as similar to Walther PP as possible. The authorities liked the single action/double action trigger as well as the possibility to safely decock the handgun.

Between 1947 and 1948 two designers working for Česká Zbrojovka in Strakonice Jan Kratochvíl and his brother Jaroslav created a protype of such a pistol. The stress was put on simplicity and safety. Apart from the above-mentioned decocker combined with manual safety, which was applicable in both single action and double action mode the gun also featured a firing pin safety and a pretty ingenious loaded chamber indicator. It was connected to the extractor and if the chamber was loaded a small button protruded from the left side of the gun allowing the shooter to make sure there is a round in the chamber both by simply rubbing a finger against it in the holster for example or visually check the status when aiming the gun.

The production started in Strakonice in 1950 and went on until 1952 when it was decided that the factory is way too close to German borders and so the firearms manufacturing was moved mainly to Uherský Brod, today’s CZ factory.

The lesser-known fact is that CZ did not only produce the pistols but also worked on the development of this concept. Apart from the above-mentioned CZ 70 there was a prototype chambered in 9mm Browning (.380 ACP) and later on also in 9mm Makarov. Very interesting, indeed, was the suppressor-ready version with an internal solution to lock the slide and make manually operated, most probably to reduce the sound of the traveling mass. 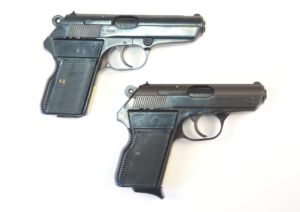 Today we will have a look at different version though. It was internally called Vz. 80. 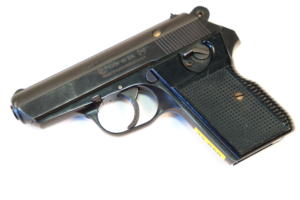 Designed in 1975 Vz. 80 reacted to the requirement for a more compact version ideal for deep concealment. Based on the facelifted CZ 70 this pistol had a shorter slide and barrel while the grip stayed the same. These semi-compact handguns are pretty popular these days and considering the fact that CZ 70 was an all-steel pistol CZ 80 was not only shorter but also lighter than the original handgun. 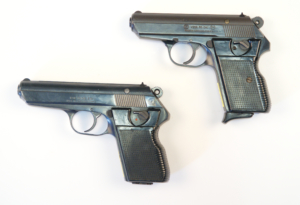 While grips and magazine remained the same the decocker lever changed its design a bit. The function stayed the same, however.

The most notable difference is the disassembly button. Gone is the original push-button which you can see for comparison on the prototype of 9mm Browning CZ 50. CZ 80 was using two tabs reminiscent of the modern striker-fired handguns. They were, however, not under any spring tension so you only had to pull them down and then proceed with the disassembly as always – back and up. While it makes the gun more flush than the original solution the tiny little detent securing the tabs did not require much force to pull them down. 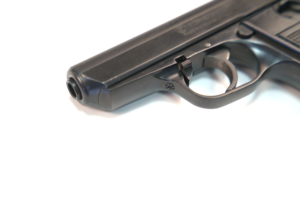 From the internal perspective, the only notable difference is the ejector/slide stop which now uses a torsion spring while the original gun relies on a tiny little coil spring. Other than that everything remained the same including the extremely heavy double action and rather short and light single-action trigger pull. 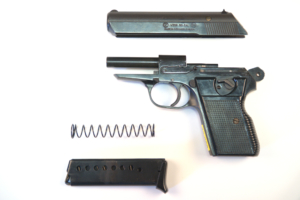 Unfortunately, this cousin of Walther PPK or PPK/S to be more specific never made it to serial production. The reason is rather unclear but since Česká Zbrojovka came with the legendary CZ 75 in the same year we can assume that this little guy was just too late to the game. What a shame!