From 61 to 3+ The Evolution of the CZ Scorpion

From 61 to 3+
The Evolution of the CZ Scorpion

Through the years, the CZ Scorpion has become a staple in the firearms market. It’s superior ergonomics, low felt recoil, and reliability quickly made it a household name with the release of the Scorpion EVO 3 S1 Pistol in the United States. Anyone who has shot the Scorpion understands why.

The Scorpion was a hit for the CZ lineup, and after Colion Noir’s 2014 review of the Scorpion on YouTube, everybody wanted one in their personal firearm collection.

As the next generation emerges unto the market, we are looking back at the unique history of the model, as well as looking to the new changes that make the Scorpion 3+ the best configuration yet.

The design of the Scorpion is instantly recognizable today, but its origins may not be as easy to spot. The blueprints for the Scorpion began in the 1950s with the development of the CZ VZ 61, which was released in 1962 for military and law enforcement use. This submachine gun was an answer to the Czechoslovakian’s armed forces, who needed a fully automatic, compact firearm chambered in .32 ACP. With a 20-round magazine, 10.4” length, sub-three-pound weight, and steel-wire folding stock, the 61 not only became a staple for the Czech armed forces but a hot ticket export item as well. In the years that followed, a version in 9mm was released: the CZ Skorpion 9×19.

In 2007, Ceska zbrojovka began developments for an SMG that would eventually lead to the Scorpion EVO 3 we know today. With the input of multiple experts both inside and outside the company, this new SMG ultimately became the CZ Scorpion EVO 3 A1.

In 2013, the CZ Scorpion EVO 3 A1 became available to the US military and law enforcement. Chambered in 9mm Luger, equipped with a folding removable stock, and only offered in select-fire configuration. The EVO 3 A1 gained popularity and became a strong contender against the common 9mm submachine guns such as the MP5.

As the Scorpion grew in notoriety, the demand for a civilian model grew, and in 2015 the CZ Scorpion EVO 3 S1 Pistol burst onto the market. This new model was a huge success for CZ-USA, known widely as one of the most fun-to-shoot, reliable, and accurate firearms on the market. It also became known as a workhorse, with one review after another boasting its ability to cycle thousands of rounds without a single malfunction. Simply put, the Scorpion worked when you needed it, making it popular both on the range and as a personal defense firearm at home.

Looking to the Future

The Scorpion was an overwhelming success; but CZ, never one to rest on past accomplishments, pushed the envelope again, and loyal customers voiced their desires for improved features. They spoke and CZ listened. The CZ Scorpion 3+ was set into motion.

The Scorpion 3 + retains many of the features that customers know and love. It is still an absolute thrill to shoot on the range, but design upgrades have made it even more comfortable and enjoyable for the shooter. The magazine release on the 3+ is now AR-style. The ambidextrous bolt catch also has improved ergonomics, positioned like the Bren making it equally ergonomic for right-handed shooters and our south-paw friends.

The grip has been re-designed to provide a much better shooting experience than its predecessors, namely, it is angled so that the hand sits below the safety lever while firing, making it much more comfortable for the trigger finger. The grip also debuts new texturing and interchangeable backstraps to create great retention and a more personalized feel. 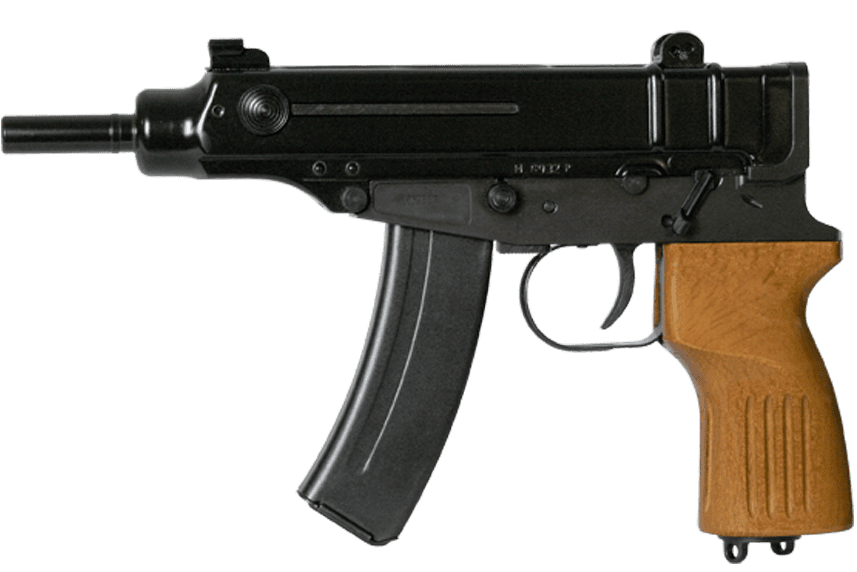 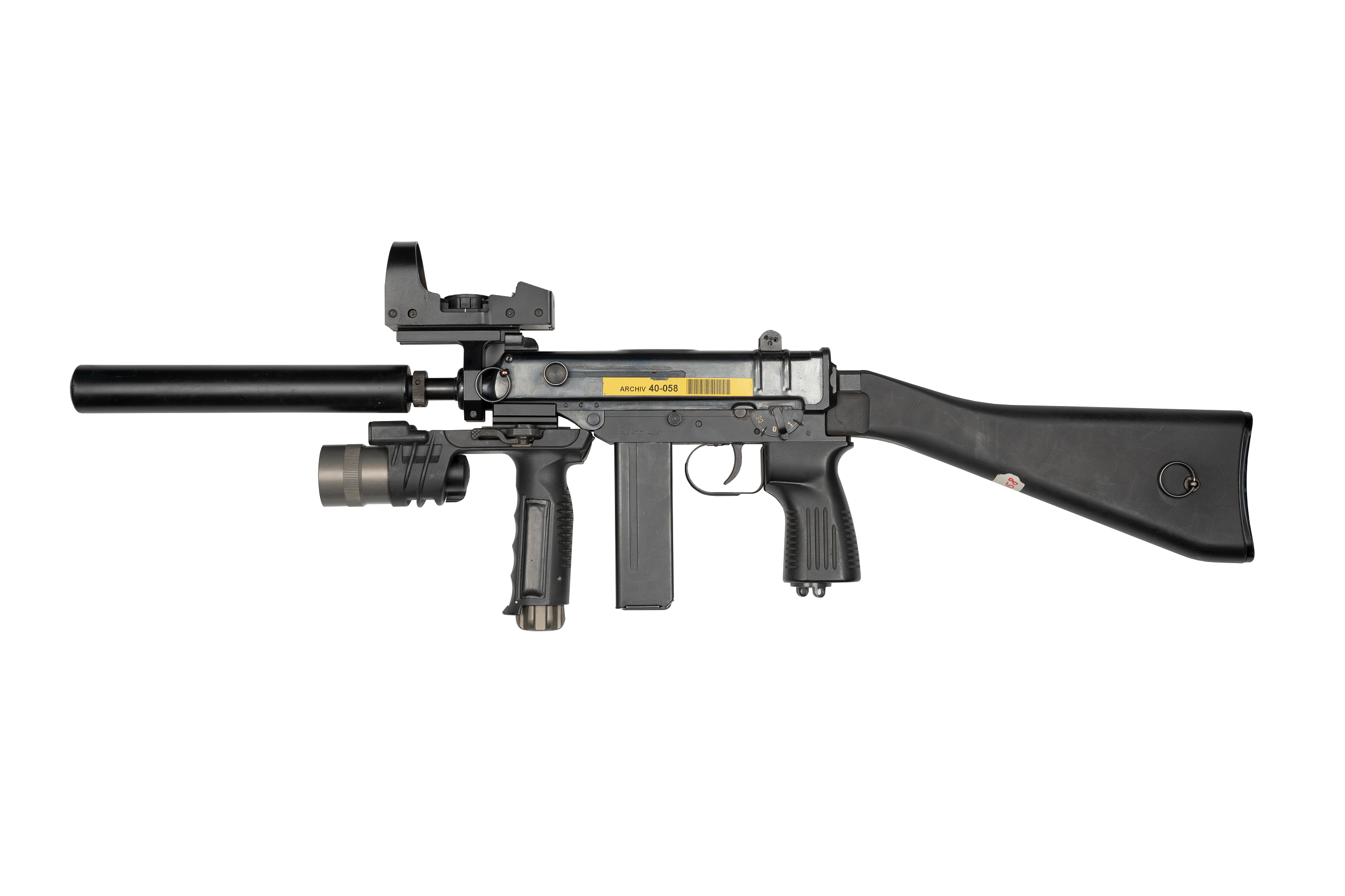 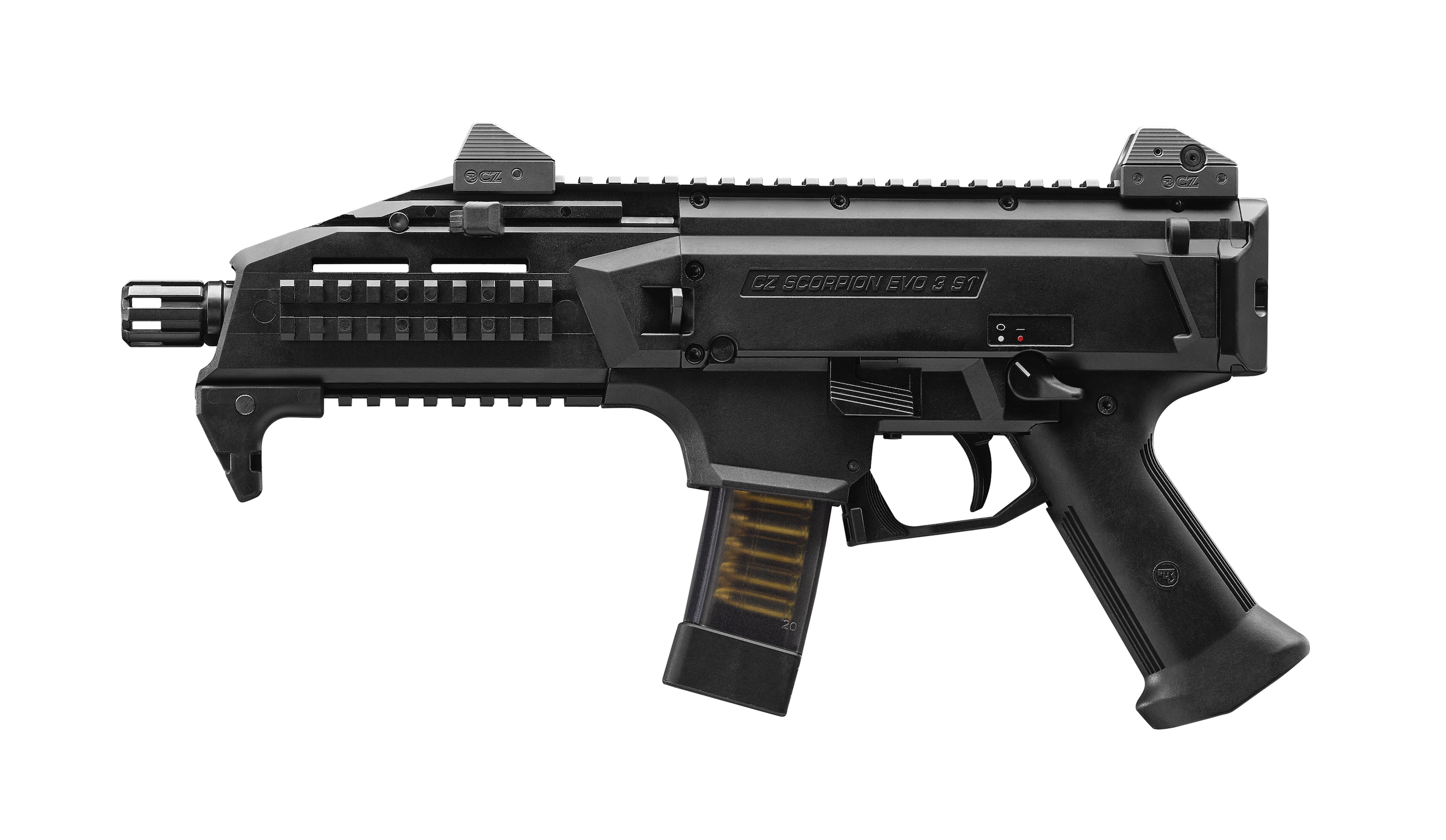 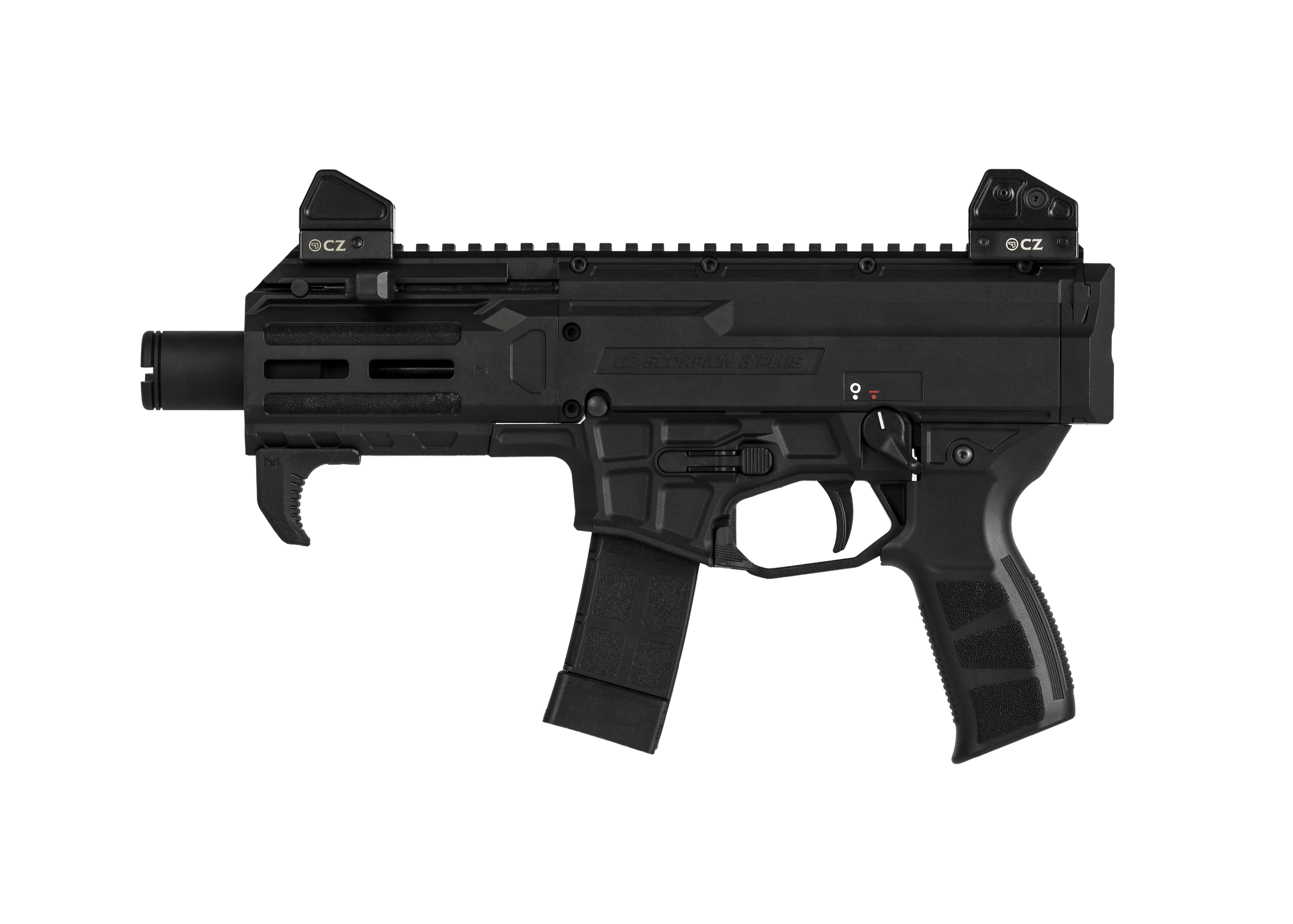 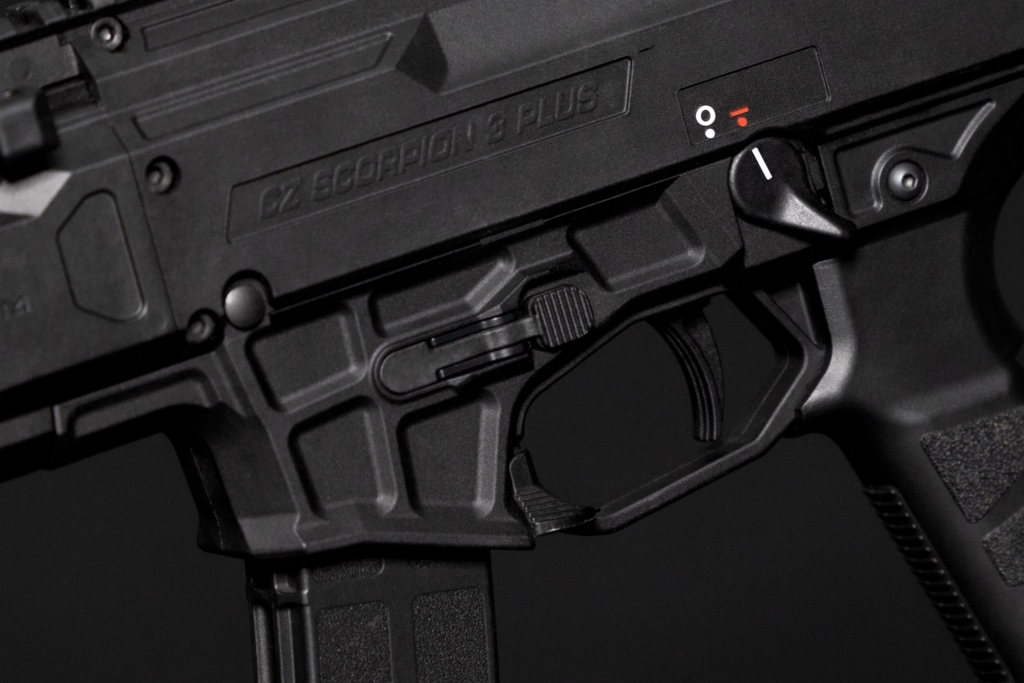 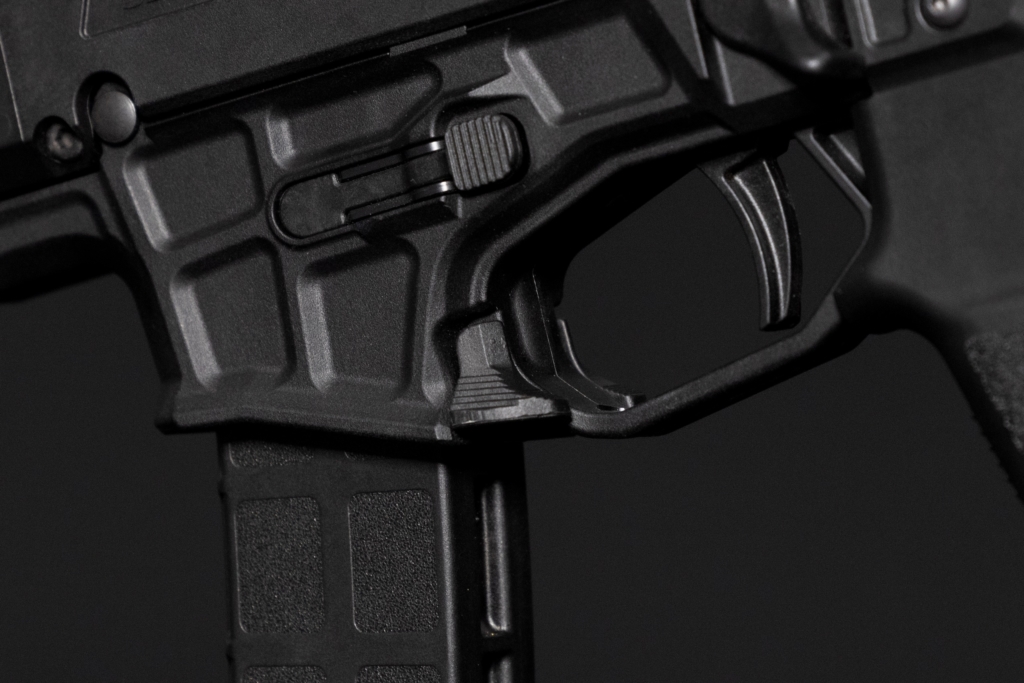 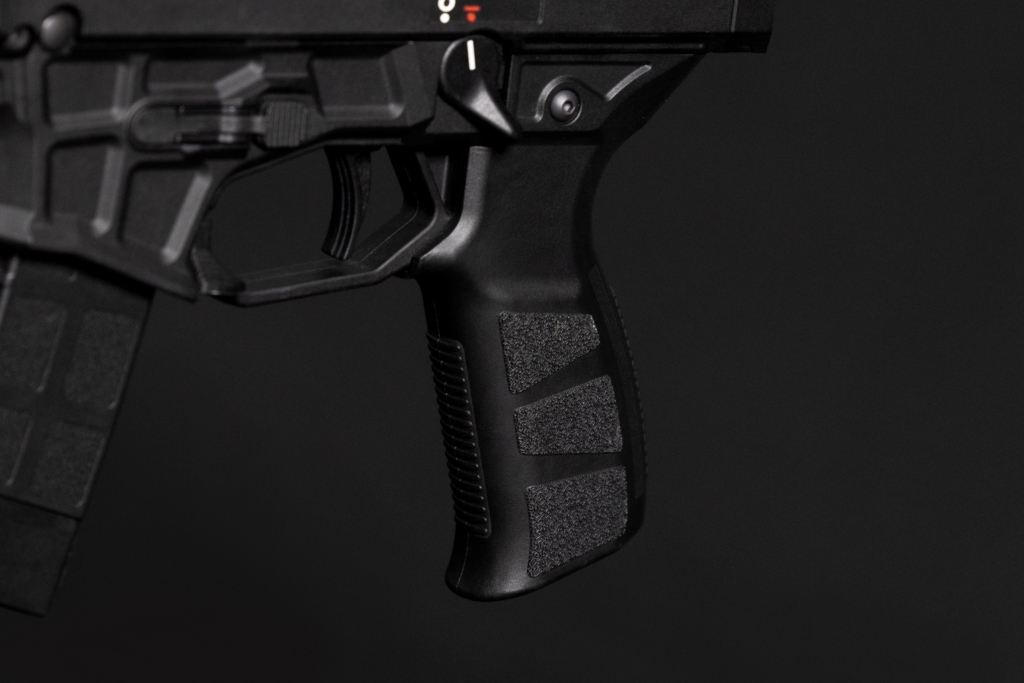 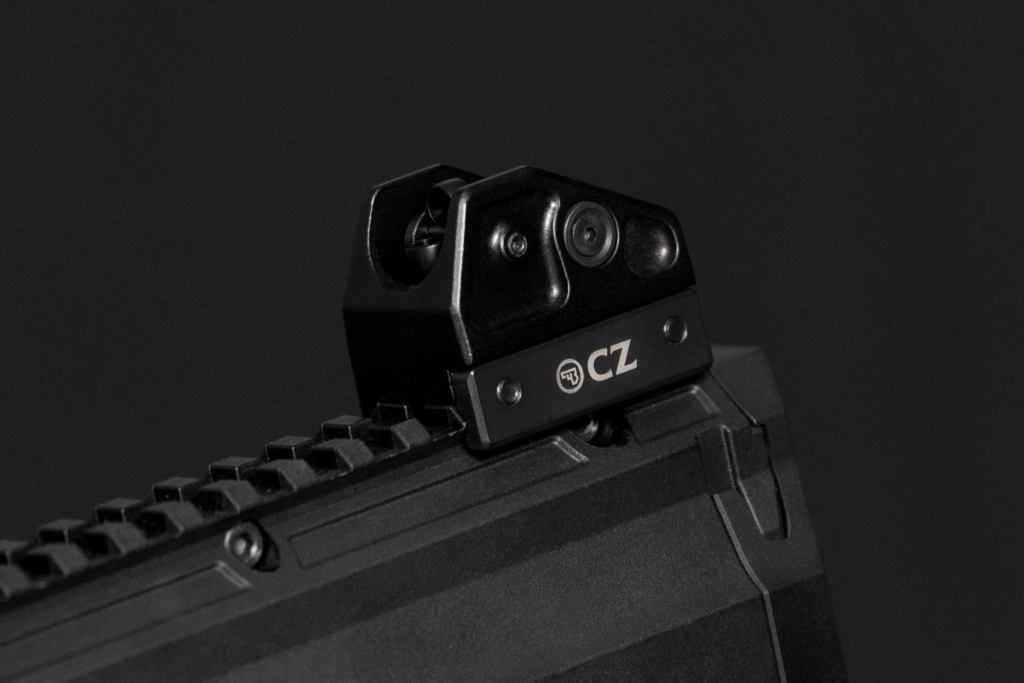 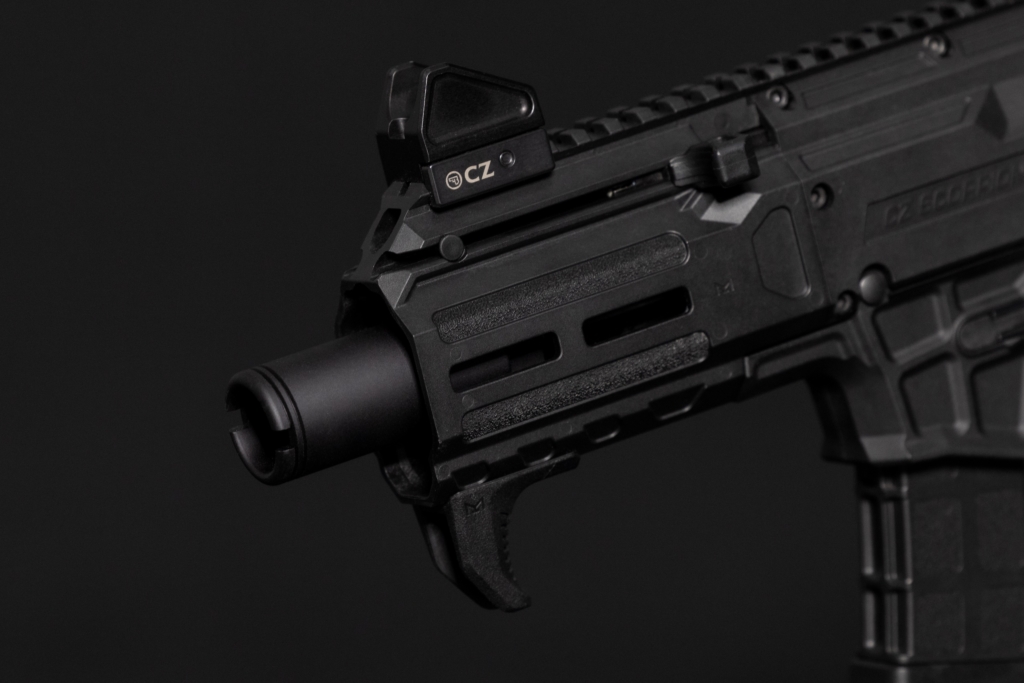 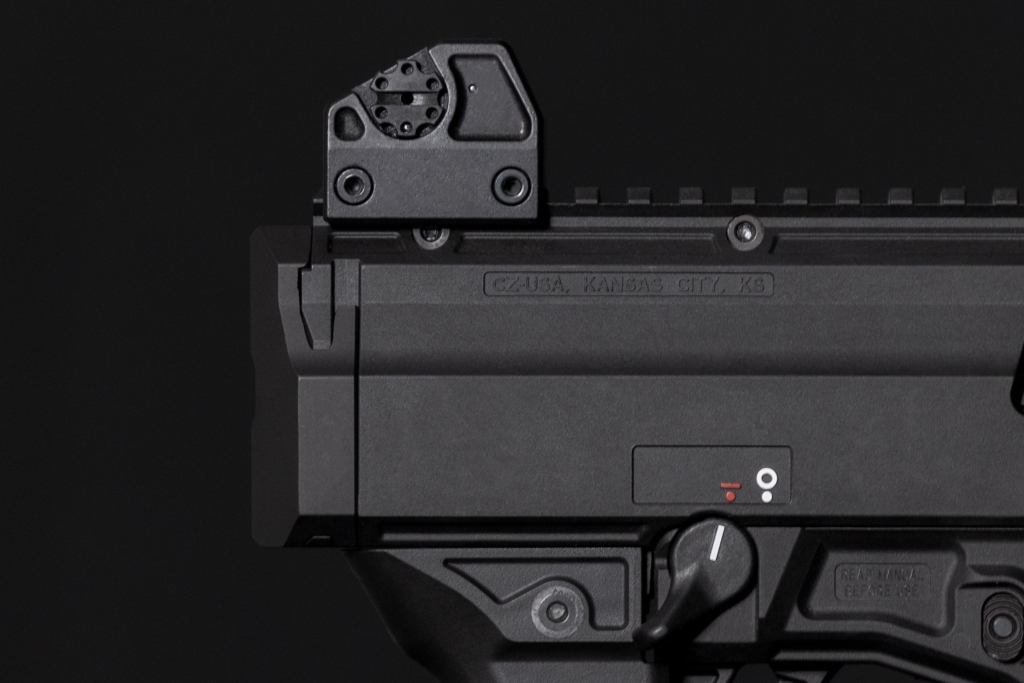 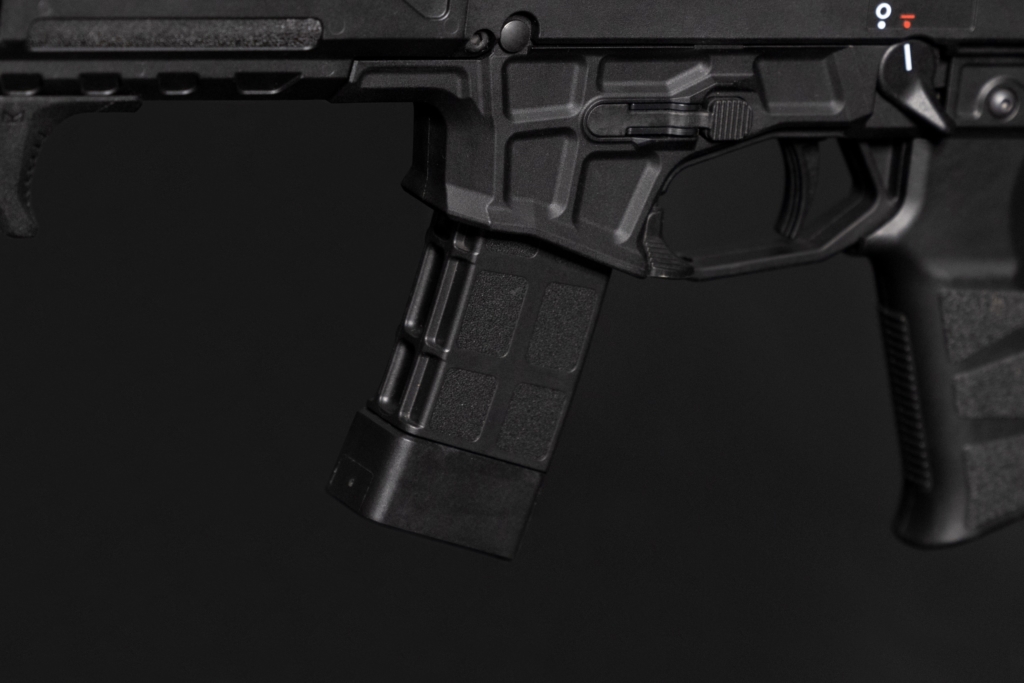 The handguard is another significant upgrade from the CZ Scorpion EVO 3 S2 Micro Pistol, changing material from aluminum to polymer, reducing heat transfer to the shooter, but still retaining M-LOK® slots to mount your favorite accessory.

Fans will also be happy to know that the 3+ magazines are backwards compatible with the EVO 3, and the new metal sights are robust and sit higher, providing a 1/3 co-witness sight picture if you chose to use a red dot. The lower receiver has been redesigned and cut back slightly at the front of the magazine well to give the shooter more purchase on the handguard. The upper receiver was thinned down to reduce weight and work better with aftermarket sliding stocks and braces.

From the VZ 61 to the 3+, the Scorpion has been a fan favorite for more than fifty years. Equally at home with law enforcement and military, as well as with civilians, the Scorpion has everything that consumers love about CZ: astonishingly good ergonomics; incredible accuracy and reliability; and an outrageously fun shooting experience with sleek aesthetics to go with it. With the release of the 3+, the Scorpion is sure to continue to set the bar for the firearms industry and satisfy consumers looking for a firearm that is as dependable for home defense as it is flashy and fun on the range.