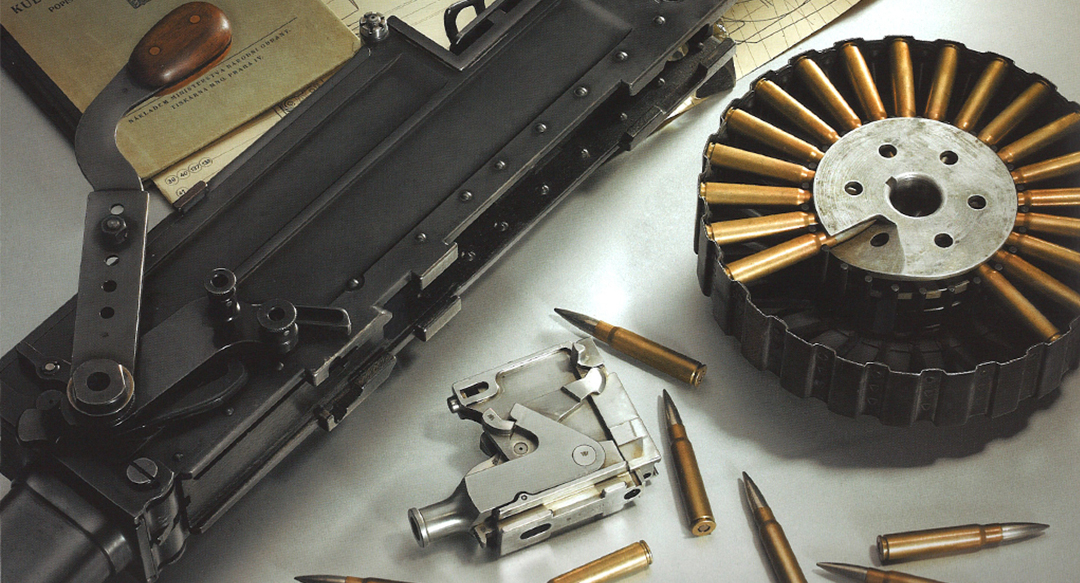 Česká Zbrojovka or CZ for short has been a major player in the firearms industry for decades.

There are several different firearms people associate with the factory located in the beautiful city of Uherský Brod. “Classic gun” fans will certainly name the CZ 75, the iconic product of the whole company. Sport shooters are most probably familiar with Shadow versions of the original CZ 75, while the people interested in military and law enforcement weapons will, no doubt, own one of the recent CZ P10 series handguns, Scorpion Evo 3 pistol caliber carbine or BREN 2 rifle.

There has been, however, a long way to these magnificent firearms. Have you ever been wondering how it all started with CZ? What did they begin with? Well, here is the answer!

Ever since Czechoslovakia gained independence in 1918, it was obvious that a strong and well-equipped army would be necessary. As you may know Czechoslovakia emerged, like a few of their neighbors from the collapse of the Austro-Hungarian Empire. And some of these neighbors were unhappy with the loss of certain territories they believed belonged to them and not to the newly established state of Czechs and Slovaks.

That, along with the strategic importance and generally unstable character of the region soon persuaded the Czechoslovak authorities that they need to rely on themselves if we speak about the military equipment.

Contrary to the popular belief there was historically no large-scale small arms manufacturer in the area of Czechoslovakia before 1918. There was a huge potential in the country, though, since close to 80% of the Austro-Hungarian industry was located in the area of later Czechoslovakia. Czechoslovaks, therefore, had a skilled workforce as well as a modern infrastructure to start with the firearms production.

In the very first years of Czechoslovak independence, several arms factories were established trying to benefit from the enormous demand for domestically produced firearms. At that time, the Czechoslovak army had a whole mixture of different firearms. The military report from 1921 speaks of “91 different models of weapons” being in the hands of their soldiers.

That all changed pretty soon, though, and at the end of the 1920s, several different arms factories were producing top-notch small arms incl. Vz. 24 rifles based on the Mauser Gewehr 98 line or ZB 26 light machine guns that later served as a pattern for the venerable Bren gun. And we should not forget a very popular Mauser-Nickl-based Vz. 24 and Vz.27 pistols.

These handguns, among other firearms, were produced in the factory known (confusingly) as Česká Zbrojovka (ČZ) in the town of Strakonice.

ČZ was also the birthplace of the firearm we are talking about today. Just like the Czechoslovak army the Air Force also searched for a new machine gun to equip their planes with. 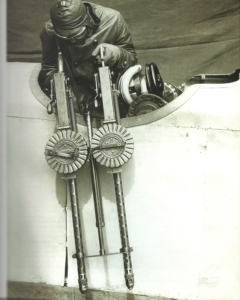 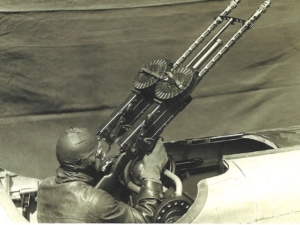 The designers from ČZ Strakonice worked tirelessly on the new pattern that would meet the requirements of the army. The beginning of the machinegun manufacturing program in Strakonice was related to rechambering the British Lewis and Vickers machineguns from the original .303 British service cartridge to 7,92mm Mauser, a standard Czechoslovak army round.

It was the Vickers machine gun that pushed the designers from ČZ closer to their own weapon. The team lead by a legendary František Myška, the father of the Vz. 27 and Vz. 38 pistols managed to adapt the Vickers gun to accept Lewis disc magazines hence creating a more universal design for the air combat applications.

Further development of this gun did not only result in several patented solutions but mainly in a brand-new machine gun known as “Letecký Kulomet vz. 30” (Aircraft Machinegun mod. 30). 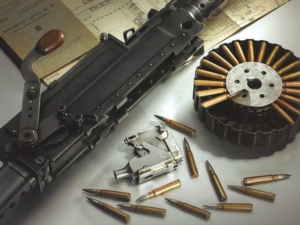 This recoil-operated air-cooled weapon was produced in two versions. The so-called “observer’s version” used a 50 round disc magazine inspired by the Lewis machinegun while the “pilot” variant was fed with 450 round belts. Naturally, it was synchronized by a newly designed system to fire through the propeller arc.

With its relatively low weight of 10,4 kg for the pilot version and 11,95 kg for the observer model and rate of fire between 900 and 1,000 rounds per minute, it was indeed a very modern firearm at the time. The main benefit was, however, the feeding system. As mentioned already, it was possible to use both disc magazines as well as ammo belts, which could have been, after a very simple modification fed from either side. On top of that, it was possible to unload the weapon after shooting simply by pulling the cocking lever without even touching the magazine or ammo belt.

Along with the gun itself, Česká Zbrojovka in cooperation with other companies created a whole series of accessories including different mounts, easily interchangeable stocks and grip handles as well as many other items to suit the different needs of various aircraft.

Now you may be wondering – what does it have to do with the CZ factory in Uherský Brod? It was, after all, developed and produced in ČZ Strakonice.  Let’s shed some light on that too.

Back in the early 1930s, the Czechoslovak authorities were looking for a piece of land for a new branch of the ČZ factory. The purpose was to establish “a machinegun factory” that would be further from the German border. The original ČZ factory in Strakonice was situated in the Southwestern part of Czechoslovakia and very close to Bavaria.

The location for a new factory was picked in the mid-1930s in Uherský Brod in the Southern Moravia region. In 1936 the new factory was already up and running producing these magnificent aircraft machineguns for the wide variety of domestically produced aircraft. 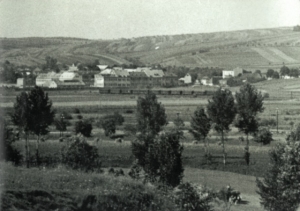 From today’s perspective, it is fascinating how fast the whole factory was build as well as how smooth the transfer of the production from Strakonice to Uherský Brod was. Partially the reason was, for sure, a joint effort of both factories to maximize the production numbers in order to protect their land in the turbulent atmosphere of the late 1930s in central Europe.

So, that is the story of the beginnings of the CZ factory and its very first product. A fascinating one, is it not? There is of course much more to say about the past of the biggest small arms manufacturer in the Czech Republic but we shall have a look at that another time. 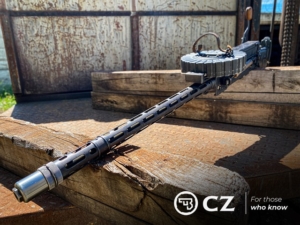 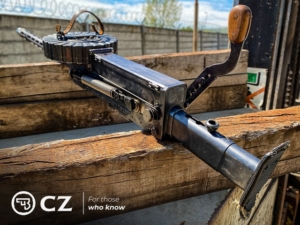 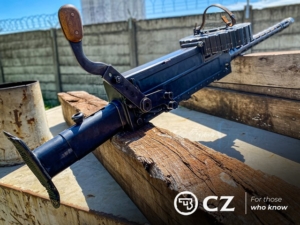 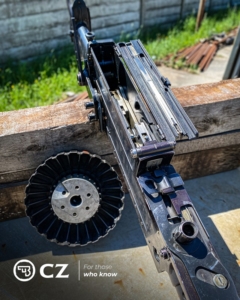