Have you ever been thinking how would it look like if somebody combined a good old M1911 design with a more modern and no less popular CZ 75? Of course, there is already a gun like this on the market – the amazing Dan Wesson DWX. However, what if I told you there was a completely different specimen, that did not combine the grip of the CZ 75 and a crisp SAO trigger from J. M Browning’s masterpiece but went the very opposite direction? What if somebody blended the grip angle of the 1911 and the mechanics of the CZ 75? Well, let’s dive into this!

Back in the mid—1990’s Colt was looking for a new design to pick up the threads of a good old M1911 which was becoming obsolete for service purposes. Low capacity, single action only trigger and quite heavy all-steel construction forced Colt to start seeking a more modern solution. After all, only a decade ago the M1911 had been replaced in the US Army service by the Beretta M9.

The development of a brand-new design is quite expensive and time-consuming though. So, what do you do? Indeed! You approach a manufacturer that already produces a gun that is modern in all aspects and offers them cooperation. Colt, therefore, chose Česká Zbrojovka (CZ), at that time still a rather mysterious firearms manufacturer for some US customers. Many of them heard of the CZ 75 and how accurate, ergonomic, and easy to shoot it is. Much less had an opportunity to actually shoot it, however. It was only a couple of years after the Velvet Revolution, so CZ did not have enough time to fully develop the sales channels overseas. The opportunity to work with the renowned manufacturer was, on the other hand, very interesting for Czechs so the deal was closed, and CZ immediately started working on the prototype.

The requirement was to take a top of the CZ 75 with its famous inverted slide rails design and the distinctive CZ 75-ish smooth trigger and combine it with a grip inspired especially from the angle perspective by the Colt 1911 to suit the preferences of the US customers. The new gun was supposed to have a 10 round magazine capacity. It was decided, therefore, that if the new gun could only hold 10 rounds, they might as well make them bigger and hotter than an ordinary 9mm Luger. For this purpose, the emerging 40 S&W cartridge was chosen. A further requirement was to use a DAO trigger system as the gun was meant to be used especially by the Law Enforcement officers, many of whom were transitioning from double-action revolvers. Therefore, this gun would have been easier to use for them. The gun was supposed to use an alloy frame to reduce weight and unlike the good old CZ 75, the new Colt Z 40 was using a simplified version of the Browning locked breech where the massive lug above the chamber locked into the cut-out in the slide of the gun. This, after all, is a golden standard of the majority of 9 millimeters today. 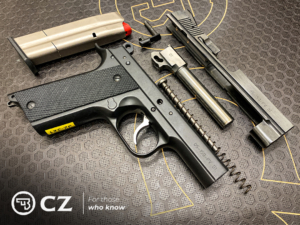 The first result designed by the CZ’s talented designer Radek Hauerland was presented to Colt in 1997 under the name CZUB 40 BROD. Later prototypes were supposed to be called “Colt 2011” but as we all know, this name was already taken by a different manufacturer so in the end the gun was named Colt Z 40 which was supposed to implicate the cooperation of Colt and CZ by the two capital letters and the caliber of the handgun.

After successfully passing the exhausting test which comprised of firing 11,000 rounds without any major issues the designer worked on reinforcing some of the components to withstand the pressures of the hot 40 S&W cartridge.

The gun was ready for serial production in January 1998, less than one year since the contract between Colt, CZ, and their subsidiary CZ-USA was signed. The partnership, unfortunately, ended soon after that and there was a question what to do next with the concept? 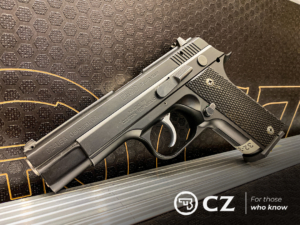 CZ decided that it would be a shame to ditch such a nice concept and reworked it under the name CZ 40. Between the years 2000 and 2001 the firearms were modified into several versions including the CZ 40B which was a SA/DA model with a frame-mounted safety, and a later model using the same decocker lever you can find on the CZ 75 handguns. Some of them still bore “Colt Z 40” markings, however. As the popularity of the 40 S&W in the US never surpassed the global popularity of 9mm Luger Česká Zbrojovka also created a version called the CZ LE 9 and chambered it in this cartridge which is no less popular even today. A compact model combining parts of the CZ 75 Compact was also created to offer an easy-to-carry version, especially for Police forces. 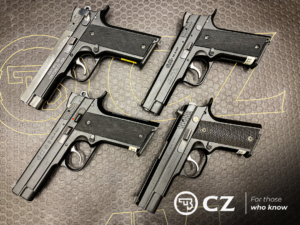 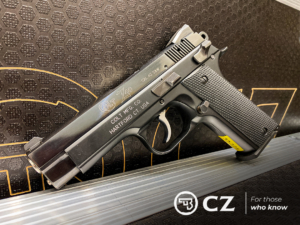 In the end, only 1,745 pieces of the DAO Colt Z 40s were produced between 1998 and 2001. The CZ versions were much more successful from this perspective with over 15,000 guns of all versions produced. But that’s not it! CZ also came up with an idea to cut CZ LE 9 on both ends creating a – wait for it – yes – CZ 2075 RAMI. And it was an even more successful CCW handgun that was discontinued only recently on behalf of more modern CZ P10S. 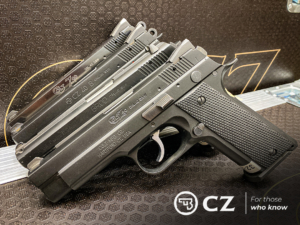 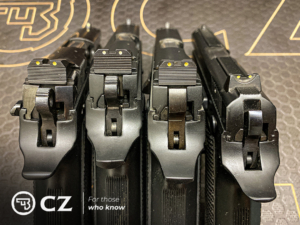 So, this is the story of early cooperation between CZ and Colt. Quite an interesting one isn’t it?