Imagine the following scenario: your country celebrates its 100th anniversary and you’re a famous arms manufacturer. How would you commemorate it? Well, you would probably craft a gun, of course. But not just any gun. You would want to create an absolute masterpiece. Maybe a gun based on the most famous and sought after platform in your range. A firearm so beautifully crafted, it might even find its way to the hands of one of the most powerful men in the world!

Could such a story take place in real life? Join us now to discover the unique and exciting journey of the CZ 75 Republika – a gun that captured the heart of a nation, the attention of collector’s around the world and a place in the world’s most famous “house”.

The seed of Republika is planted

As the 100th anniversary of the Czechoslovak state approached, CZUB’s master engraver Rene Ondra had the original idea of creating a limited edition firearm that would symbolically commemorate this important event. His choice of platforms? The legendary CZ 75 B pistol!

In addition to being a natural selection for this masterpiece, there was also a personal undertone to his choice – Ondra’s great-grandfather was a member of the famous World War 1 legions, which were instrumental in the creation of the independent Czechoslovak state.

“With this project, I wanted to pay tribute to him, as well as to others who fought for the creation of our republic one hundred years ago,” Ondra explains. This sentiment resonates strongly among Czechs. Most remember the pre-war state, fondly dubbed the “First Republic”, and set it as an example of how the state and its economy should function. Similarly, the “Legionnaires” achieved an almost legendary status in the nation’s storied history.

The symbolic importance of Linden trees

So how does the gun look upon closer inspection? The CZ 75 Republika is based on the all-steel CZ 75 B SA/DA model chambered for a 9 mm Luger. The frame and slide are blued and polished to a high gloss, with the barrel in high gloss as well.

The outer edges of the frame and slide are inlaid with 24-carat gold. The surface of the gun is also richly engraved with the motif of a linden tree branch, which constitutes an essential element of the Czechoslovak Republic’s national symbols during the interwar period. The engraving can also be found on the front and back of the grip, where it has replaced the usual vertical checkering. The gold edging and linden tree motif engraving are also found on the magazine’s baseplate.

Truth prevails – the gun looks both beautiful and stylish 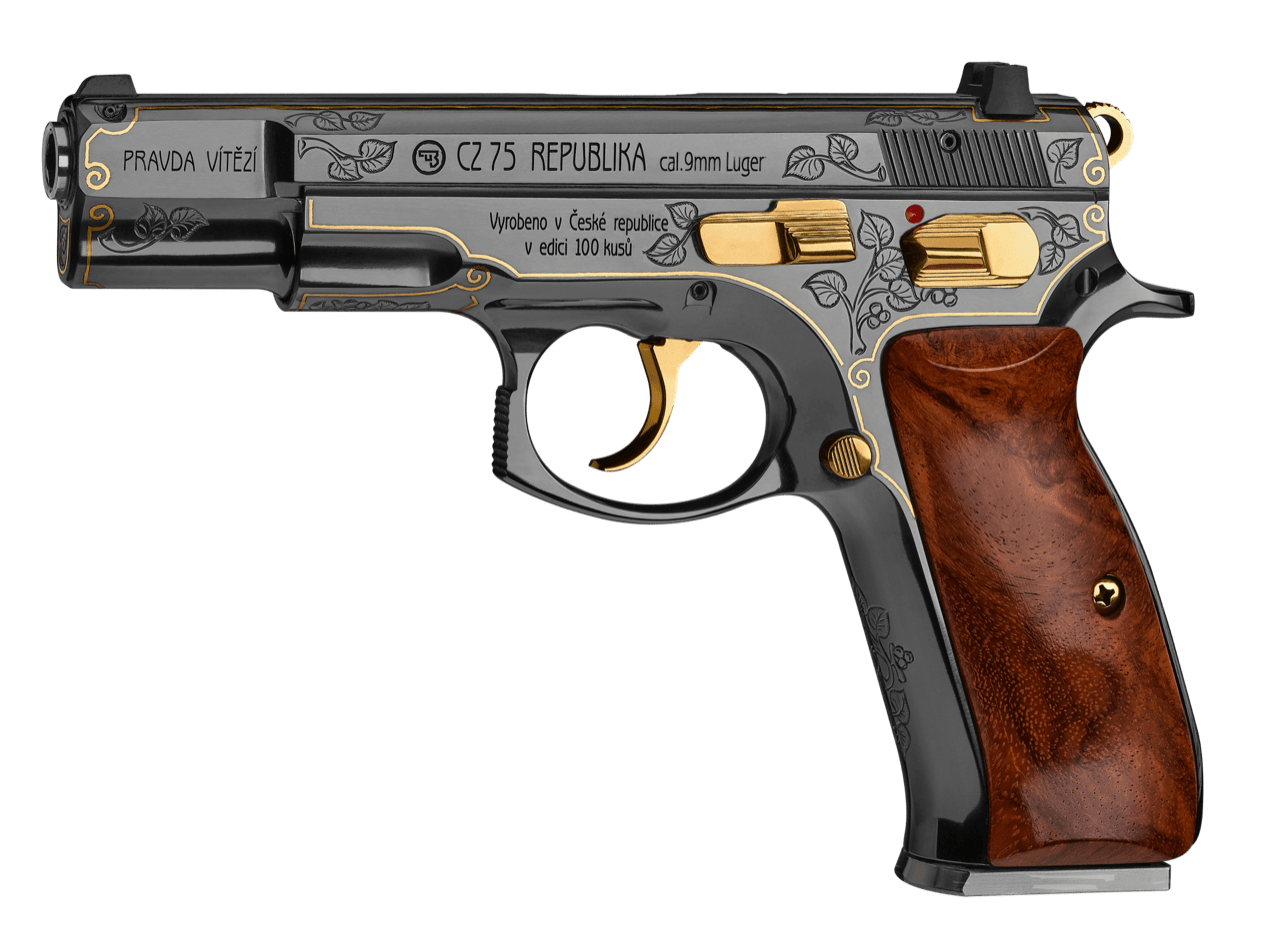 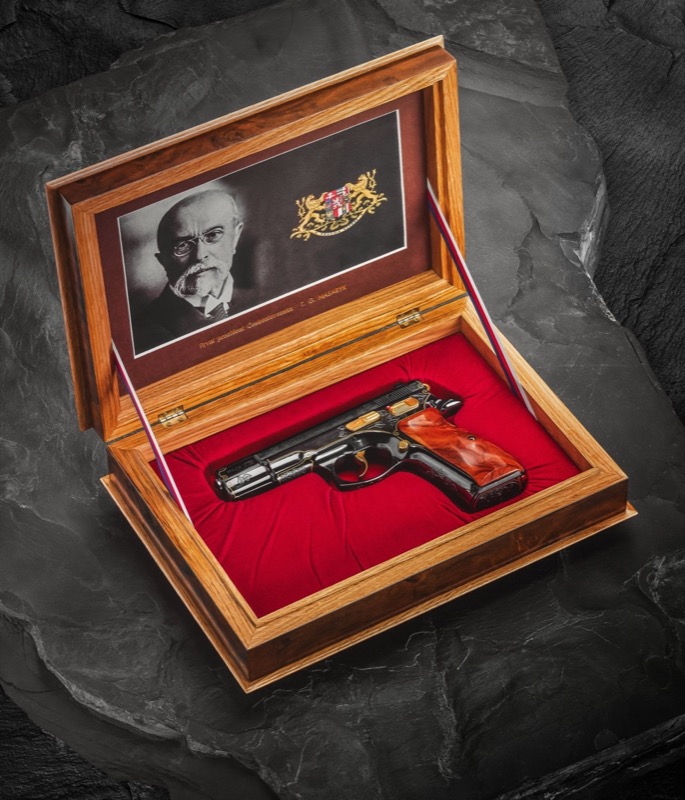 The Republika was officially unveiled on October 28th, 2018, to commemorate the 100th anniversary of the foundation of Czechoslovakia. The series had a limited, symbolic production of 100 pieces, with each model given a unique serial number that reflected each of the one hundred years, CSR-1918 to CSR-2018. Yes, this gave prospective owners a chance to order a pistol with a serial number that matches the year of their birth.

So how do you get your hands on one of these unique firearms? Well, this might be a little complicated. Even at a respectable selling price of around 8,700 USD, the complete series was sold out within three days. The only chance to acquire one of these highly desirable pistols these days is from one of the few current owners or to hope for an auction. One of these auctions took place in May of 2019, when CZ gifted a Republika to a charity event. The gun was sold for 27,000 USD, with all proceeds going to the Army Solidarity Fund and Police & Fire Department Foundation, which provide assistance to widows of soldiers, police officers, and firefighters. While this might have been a publicized event, it could provide insight into the current market value of these beauties.

Another chance to obtain one could be a bit more remote– be the U.S. President! During his visit to the White House, the Czech Prime Minister presented President Trump with a CZ 75 Republika with the serial number CSR-1946, which corresponds to the President’s birth year. Although gifts to US presidents are considered property of the state, they have the option to purchase them for the current market price at the end of their administration. In this case, purchase of the CZ 75 Republika could be a very wise choice!

A nod to the past and a look to the future

From one man’s initial spark of inspiration to the subsequent production of a limited series handgun, the CZ 75 Republika serves as a permanent reminder of the sacrifice required to establish a republic, the efforts of its citizens to keep it thriving for 100 years and the exciting path ahead as it moves boldly into the future.